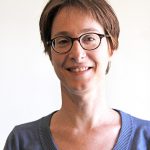 Yolanda Yavor started her academic studies (2006) in the Department of Arabic and Islamic studies at Tel Aviv University, and received the BA degree with highest honor in this Department (2009), where she also undertook her MA studies. She wrote her Master’s thesis, for which she received the MA degree with highest honor (2014) under the supervision of Prof. Camilla Adang. The thesis contains a textual and philological analysis of the story of the intended sacrifice of Abraham’s son in the Qurʾan (Q 37: 100-113) – Qiṣṣat al-dhabīḥ.The methodology used is a comparison between the Qurʾanic version of the story and its biblical parallels and versions of Jewish origin – post-biblical and pre-Qur’anic – with reference to other verses in the Qur’an, the early Sunni tradition and conclusions reached in Western studies.

Yavor is now enrolled for the first phase of her PhD studies within the DIP Biblia Arabica project. Her dissertation, which will be written under the supervision of both Prof. Camilla Adang and Prof. Meira Polliack, will be dedicated to a textual and philological analysis of materials from the Qurʾān and early post-Qurʾānic Muslim tradition that deal with the destruction of Judea (and related issues), in order to uncover the significations of this issue in early Islam. This is in keeping with Yavor’s general interest in the Qurʾan and the early Muslim traditions, as well as in the interactions between these corpora and the holy scriptures of Jews and Christians.