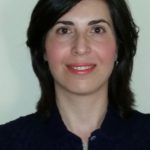 Rachel Hasson holds a BA (2001) in General Studies and Arabic Language and Linguistics, an MA (2006) and PhD (2016) in the Arabic Language and Literature, all from the Hebrew University of Jerusalem. Her PhD dissertation was written under the supervision of Prof. Simon Hopkins. The topic of her thesis was “New manuscripts written in late Judaeo-Arabic from the Firkovitch collection – Description, classification and sample texts”. The work provided ten critical editions of unknown Judaeo-Arabic folk stories and poems from the Firkovitch collection, followed by a translation and relevant content-related introduction. Moreover, the work included a quantity estimation of the material and general details concerning folk literature in the Genizah, a classification of the corpus of folk literature in the Firkovitch collection, a description of some oral characteristics and main qualities of said material and a general linguistic description of the main late Judaeo-Arabic features of the texts. Her dissertation is a pioneering work in the field of Judaeo-Arabic folk literature in the Geniza.

Rachel Hasson was a Researcher at The Center for the Study of Judaeo-Arabic literature of the Ben-Zvi Institute in Jerusalem (2001–2013). Her work focused on identifying, cataloging and researching Judaeo-Arabic manuscripts from the Geniza. Her first main projects dealt with the reconstruction On the basis of manuscripts of Ya’qub al-Qirqisani’s commentary on Genesis and Tanhum HaYerushalmi’s commentaries on the Bible and his introduction to the Prophets. Later, she worked on all popular literature found in Judaeo-Arabic manuscripts from the main Geniza collections.

Within the DIP project Rachel Hasson works on comparative aspects of Ya’qub al-Qirqisani’s commentary on Genesis. From this commentary she gleans the translated sections which she compares with the translation of Rabbi Sa’adia Gaon, to whom al-Qirqisani refers plainly or indirectly in his commentary, and to that of Yefet ben ‘Eli, whose translation reflects the Jerusalem Karaite tradition of translation. Moreover, she will work on two other topics: 1. Early Judaeo-Arabic folk literature from the Geniza, i.e. from the classical period of the Geniza (untill the 15th century); she will focus on the connections between these texts to the later folk literature materials from the Geniza, (from the 15th century onward). 2. She will investigate reflections of Muslim influences in popular Judaeo-Arabic Biblical stories from the Geniza; this research intends to clarify the medieval intercultural relationships between Jews and Muslims in the context of shared narratives.