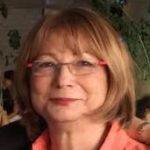 Her research focuses on literary and multidisciplinary analysis including cultural-anthropology as well as literary feminist biblical criticism of female figures associated with the religious, magical and divinatory sphere in the Bible and Ancient Near East Cultures. Currently, she is also engaged in researching the changes in gender behavior in Jewish traditional religious communities in contemporary Israel. Her dissertation: “Between Biblical Heroines and the Divine Sphere: Female Heroics as Intermediaries between the Human and the Divine in the Bible and Ancient Near East Literature”, was supervised by Professor Athalya Brenner-Idan. Dr. Brison is currently a post-doctoral fellow at Tel-Aviv University under the co-guidance of Prof. Meira Polliack of the Department of Biblical Studies, and Prof. Rachel Zelnick-Abramovitz of the Department of Classics Studies.

Dr. Brison has participated in a number of international research groups within the SBL (Society of Biblical Literature) and lectures in various international conferences. Several of her articles appeared in the texts & contexts series and in A Feminist Companion to the Bible series, published by Bloomsbury T&T Clark.

Within the Biblia Arabica Project Dr. Brison will focus on Yefet ben Eli’s commentaries and examine his exegetical and literary approach to various biblical female figures.