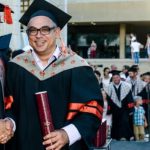 Dr. Nabih Bashir holds a BA in Sociology, Anthropology and Political Science (1994) and a Master’s degree in Political Science from the Hebrew University of Jerusalem (2005). Before further pursuing his advanced studies, he published several books in Arabic dealing with Israeli religio-political culture, the Shas Movement, Haredi society in the 20th century, and the formation of the Arab society in Israel in the shadow of the establishment of the State of Israel and its varieties of policies.

Later on, he took intensive courses related to Jewish Thought, Arabic Language and Biblical Criticism at the Hebrew University of Jerusalem (2008/9). Throughout the academic year 2009/10, he studied for an MA degree in Jewish Thought at Ben Gurion University of the Negev (his Master’s Thesis was entitled “The Synthetic Approach of Karaite Ya’qub Al-Qirqisani (~880 – ~950, Iraq) and his Biblical Exegesis: Genesis 18, 1-19 As a Case Study”, advisor: Prof. Daniel Lasker). In 2012 he published a new edition of “the Kuzari” of Judah ha-Levi in Arabic characters with rich and elaborate footnotes. In 2010 he started his doctoral studies focusing on the angels as a theological dilemma in the writings and exegesis of R. Saadia Gaon (882-942, Iraq), at Ben Gurion University (PhD advisor Prof. Daniel Lasker). He submitted his doctoral thesis in 2015, entitled “Angels in the Theology and Exegesis of Saadia Gaon: Human Being as the Purpose of Creation” (2015). His doctorate sought to elaborate the exact position of Saadia regarding angels in relation to human beings and elucidate Saadia’s argument that the human being is the goal of the whole process of creation.

Currently, Dr. Bashir serves as adjunct lecturer at Birzeit University. He teaches an introductory course on the history of Jews, Judaism and Jewish thought with a special focus on Judaeo-Arabic culture. Generally, his research focuses on the development of Jewish theology and biblical exegesis through the Middle Ages.

As a post-doctoral fellow within the Biblia Arabica project, Dr. Bashir intends to prepare a new annotated edition of Saadia’s Judaeo-Arabic commentary on Genesis with an English translation, including references to Christian and Islamic comparative sources and an Introduction covering the history of academic research in this field.