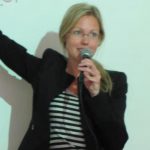 Miriam Lindgren Hjälm holds an MA in Semitic Studies from the University of Uppsala and is in the process of submitting her PhD thesis at the same university in cooperation with Tel Aviv University. Her PhD thesis focuses on early Christian Arabic versions of the Book of Daniel with special attention paid to their translation techniques. As a point of departure, the method worked out by Professor Meira Polliack with regard to Judaeo-Arabic translations (1997) is used and the thesis offers a partial comparison between early Christian Arabic and Judaeo-Arabic (Sa’adya Gaon and Yefet ben Eli) techniques. Polliack supervised the project.

Apart from translation techniques, Miram’s interests include the use of the Christian Old Testament in the Byzantine and Oriental liturgy, ecclesiastical languages, and the perception of holy scriptures in these communities.

Within the DIP project, she intends to rework and publish her doctoral thesis. She also aims to write articles on the reception of other early Christian Arabic Old Testament books as well as on early liturgical Bible material in Arabic and the use thereof vis-à-vis texts in the traditional liturgical language(s) among Near-Eastern Christians.

— Christian Arabic Versions of Daniel: A Comparative Study of Early MSS and Translation Techniques in MSS Sinai Ar. 1 and 2. Leiden: Brill, 2016.
— ed. Senses of Scripture, Treasures of Tradition: The Bible in Arabic among Jews, Christians and Muslims. Leiden: Brill, 2017.