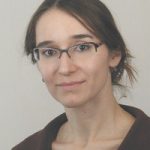 Dr. Marzena Zawanowska graduated from the Departments of Hebrew and Arabic Studies at the University of Warsaw (2001). She received her PhD in Bible exegesis from the Faculty of Oriental Studies at the same University (2008) in cooperation with Tel Aviv University. A significantly revised and largely expanded version of her dissertation, devoted to the Karaite Yefet ben Eli and his Arabic commentary on the Abraham’s cycle, and including a scientific edition of this commentary, was published by Brill in the series “Karaite Texts and Studies” (2012, http://www.brill.com/arabic-translation-and-commentary-yefet-ben-eli-karaite-abraham-narratives-genesis-1110-2518). Apart from Bible exegesis, her research interests include Hebrew Literature and Jewish Philosophy. Among other things, she was head of a major project in publishing all of Ch. N. Bialik’s (Hebrew and Yiddish) poetry in bilingual–Polish-Hebrew and Polish-Yiddish–editions, which appeared in 2012.

Within the DIP project Zawanowska is preparing a second volume of the afore-mentioned book, devoted to Yefet ben Eli’s interpretation of the Abraham’s cycle. The book will include an English translation of the text edited in the first volume. In addition, she is also working on a series of articles, in which she explores the complex attitudes of Medieval Karaite exegetes, active in the tenth and eleventh centuries in Jerusalem, to the question of biblical anthropomorphisms.

— Reading Divine Attributes into the Scriptural Text in Medieval Karaite Bible Translations,” in , Senses of Scripture, Treasures of Tradition: The Bible in Arabic among Jews, Christians and Muslims, Miriam L. Hjälm(ed.) (Leiden: Brill, forthcoming, 2017).
— The Bible Read through the Prism of Theology: The Rendering of Explicit Anthropomorphisms in the Medieval Karaite Tradition of Arabic Bible Translation,” Journal of Jewish Thought and Philosophy 24 (2016): 1–66.
— “The Limits of Literalism in Medieval Karaite Translations of the Hebrew Bible into Arabic,” in Commentaria, Leiden: Brill, 2016, pp. 241–262.
— “‘Where the Plain Meaning is Obscure or Unacceptable…’: The Treatment of Implicit Anthropomorphisms in the Medieval Karaite Tradition of Arabic Bible Translation,” European Journal of Jewish Studies 10 (2016): 1–49.
— ’Was Moses the mudawwin of the Torah? The Question of Authorship of the Pentateuch According to Yefet ben ‘Eli’, in Studies in Judaeo-Arabic Culture:Proceedings of the Fourteenth Conference of the Society for Judaeo-Arabic Studies, eds. H. Ben-Shammai, A. Dotan, Y. Erder and M. A. Freidman, Tel Aviv University, 2014, pp. 7*–35*.
— ‘Review of Scholarly Research on Yefet ben ‘Eli and His Works’, Revue des études juives 173 (1/2) (2014): 97–138.
— with Meira Polliack: “‘God Would not Give the Land, but to the Obedient’: Medieval Karaite Responses to the Curse of Canaan (Genesis 9:25)”, in The Gift of the Land and the Fate of the Canaanites in Jewish Thought, from Antiquity to the Modern Period, eds. K. Berthelot, J. E. David and M. Hirshman, Oxford:Oxford University Press, 2014, pp. 112–152.
— ’Islamic Exegetical Terms in Yefet ben ‘Eliʼs Commentaries on the Holy Scriptures’, Journal of Jewish Studies 64 (2013): 306–325.
— ‘In the Border-Land of Literalism: Interpretative Alterations of Scripture in Medieval Karaite Translations of the Bible into Arabic’, IHIW 1 (2013): 179–202.

— “‘Where the Plain Meaning is Obscure or Unacceptable…’: The Elimination of Implicit Anthropomorphism in Medieval Karaite Translations ofthe Biblical Verses into Arabic”. in: European Journal of Jewish Studies, forthcoming.
— ‘The Limits of Literalism: Yefet’s Approach to Bible Translation’. in Commentaria, Brill, Leiden, forthcoming.