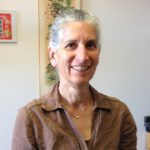 Dr. Ilana Sasson received her MSc from the Department of Genetics of the Hebrew University at Hadassah Ein Karem. She wrote a Master’s thesis that dealt with a mutation that causes a G6PD deficiency and its ramifications for certain Jewish populations of Iraqi descent. She received her MPhil as part of her doctoral studies, from the Department of Bible and Ancient Semitic Languages at the Jewish Theological Seminary in New York (2007), and her PhD from the same institution and department (2010). The title of her doctoral thesis is: “Methods and Approach in Yefet ben Eli’s Translation and Commentary on the Book of Proverbs.” She has been a post-doctoral fellow at the Department of Biblical Studies, Tel-Aviv University, under the guidance of Prof. Meira Polliack.

Her major academic interests are medieval translations and commentaries on the Bible, Karaism, Medieval Judeo-Arabic literature, Yefet ben Eli, and the Cairo Genizah. Her DIP projects include the preparation of a scientific edition of Yefet ben Eli’s translation and commentary on the Book of Proverbs; publication of studies in Yefet’s commentaries, and, in the next stage, the translation of his work on Proverbs into English.

— The Arabic Translation and Commentary of Yefet Ben Eli on the Book of Proverbs, Volume 1: Edition and Introduction (Leiden: Brill, 2016).