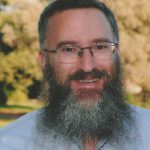 Dr. David Sklare received his BA from Yale University (1976) in the Department of Religious Studies. His PhD is from Harvard University (1992), Department of Near Eastern Languages and Civilizations, in the program for post-Biblical Jewish History and Hebrew Literature. His doctoral dissertation topic was “The Religious and Legal Thought of Samuel Ben Hofni Gaon: Texts and Studies in Cultural History.” The dissertation includes the edition of two previously unknown works by Samuel Ben Hofni Gaon in Judeo-Arabic, dealing with topics in legal theory.

Sklare’s research focuses on the culture (or cultures) of the Jews living in Arab lands in the Middle Ages and their literature in Judeo-Arabic. Among other topics, he has done work in the areas of legal literature and legal theory (both Rabbinate and Karaite), theology/philosophy, Jewish-Muslim polemics, Rabbinate-Karaite polemics, and biblical exegesis. Sklare directed the Center for the Study of Judeo-Arabic Culture and Literature of the Ben-Zvi Institute in Jerusalem. The Center’s projects have included cataloging manuscripts of the Firkovitch collections (held by the Russian National Library in St. Petersburg), most of the Judeo-Arabic fragments from the Genizah of the Ben-Ezra Synagogue in Cairo, as well as reconstructing, editing and translating Judeo-Arabic works in the areas of Jewish law and biblical exegesis.

Within the framework of the DIP Biblia Arabica project Sklare is working on two projects. The first is a catalog of the Firkovitch manuscripts containing biblical translations in Judeo-Arabic, of which Sklare has cataloged ninety shelfmarks so far. The second project is an investigation of the literary genre of biblical questions. The latter are very early Judeo-Arabic works from the beginning stages in the development of literal exegesis of the biblical text. The earliest surviving works of this sort are evidently from the middle of the ninth century. Sklare is preparing an edition and translation of the surviving fragments of two anonymous works of this genre as well as working on other tenth century fragments related to Sa’adya Gaon.