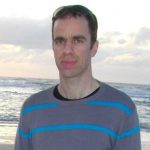 Dr. Arik Sadan holds a BA in Linguistics and Arabic Language and Literature (2001) and an MA (2004) and PhD (2010) in Arabic Language and Literature, all from the Hebrew University of Jerusalem. He wrote both his MA and PhD theses under the supervision of Prof. Aryeh Levin, receiver of the Israel Prize for Linguistics (2010). Both theses deal with Arabic grammatical thought in general and the verbal system of Classical Arabic in particular. Having submitted his PhD thesis, Sadan traveled to Paris and Jena, Université Paris 7 and Friedrich-Schiller-Universität respectively, where he spent two years of post-doctoral research. His post-doctoral research project focuses on editing and analyzing an ancient treatise in the field of Arabic grammar which deals not only with grammar and syntax but also with Rhetoric and Logic, based on eleven different manuscripts. In 2012 Sadan published the scientific edition of this work with Harrassowitz Verlag (http://www.harrassowitz-verlag.de/dzo/artikel/201/004/4123_201.pdf?t=1328168239), as well as a revised English version of his PhD thesis with Brill (http://www.brill.com/subjunctive-mood-arabic-grammatical-thought).

Sadan’s research fields are Arabic grammatical thought, Arab grammarians, Classical, Modern and Colloquial Arabic linguistics and manuscripts in Arabic grammar and other fields. In the framework of the DIP project Sadan is working on preparing a scientific edition on the Judeo-Arabic translation and commentary of the Karaite Yefet Ben Eli to the book of Job, an edition that will be based on a few dozens manuscripts. This work will be published by Brill in two volumes: one for the scientific edition, and one for its translation into English. In addition, Sadan deals with various aspects related to the linguistic characteristics of Karaite manuscripts in Judeo-Arabic and with the comparison between these and manuscripts of other groups, for example Christian groups.

— Yefet b. Eli’s Translation and Commentary on the Book of Job: Preliminary Linguistic Observations Based on the Manuscripts in Arabic and Hebrew Letters. Proceedings of the the sixth Conference on Semitic languages organized by the Arbeitsgemeinschaft Semitistik in der Deutschen Morgenländischen Gesellschaft, the Chair of Semitic Languages at the University of Heidelberg and by the Chair of Hebrew Linguistics at the Hochschule für Jüdische Studien, the University of Heidelberg, 9–11 February 2015.

— ‘Translation into Hebrew of the second part of the introduction of the Arabic Translation and Commentary of Yefet ben ‘Eli the Karaite on the Book of Job’ (in Hebrew). in Anthology of Hebrew translations of Karaite texts, eds. E. Yoram and M. Polliack, forthcoming.
— ‘Differences and similarities between Christian and Karaite translations of the Bible into Arabic: the case of the book of Job’. in Clivaz, Claire et al. (ed.). Proceedings of the international conference on current research in the field of the Arabic manuscripts of the Bible, Leuven, 22–24 April 2015.